The Ascension process is being overseen by a group of Light Councils, comprising The Council of Ein Soph. This council is responsible for all major planetary changes, that are being brought into your reality, to establish an increased coherence with the Supreme Light of ‘Source’.. Experiments have been conducted to change the planetary grid. This has resulted in a number of new possibilities being opened to you. The advanced structure of your lightbodies, is being downloaded with higher geometrical codes, now that the ascension stabilization is complete.. 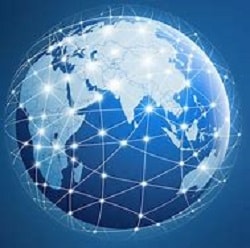 “The old holograms are ascending out of your reality fields, since they are moving out of the planetary grid.. This shifting will be an easier one to bear, now that fundamental changes have been brought into being, using the parallel networks of light.. These parallel networks of light, are the means by which we, the High Council,  can ascend the planetary hologram, and move you all into a new paradigm, one of great light.. It is largely due to the success of our volunteer members, that we can do this. Their devotion and service is an inspiration to all.. Many have chosen to bring forth the new technology that we use, by literally embodying it, within their matrix fields. Others such as Ki-Ra, are downloading it directly from our databases, and sharing it with Humanity.. You have asked, and now you are receiving.. The Universal Hologram is responding to your request, paving the way for the end of the Earth Experiment….”