Did anyone see last night’s episode of “Doctor Who” called The Girl Who Died? Talk about Art mirroring Reality, this was right on the money, as they say! I only saw the end of it, but was clearly meant to do so..

I couldn’t believe my eyes as Peter Capaldi placed a Galactic Code onto the forehead (3rd Eye), of this young woman who had been pronounced Dead. The said code was absorbed into her 3rd Eye, and shortly afterwards she took a breath, and returned back to the land of the living! We are then told by the Doctor, that there will be a consequence of this action- that of IMMORTALITY! ( shades of Christopher Lamberts “Highlander” ). 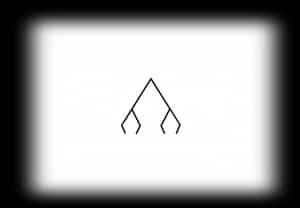 It saddens me to think that some people will think this is nonsense, and just a fictional creation of someone’s mind. It is anything but this!

As a western Yogi, I have myself known for many years that the breath of a Yogi upon the 3rd Eye, our Awakening Point, helps to awaken the sleeping Giant Within us. Now we are at a phase in our Evolution, where we have Galactic Codes that serve the same purpose, and then some.

At the end of last night’s episode, we hear the Doctor saying that the woman who has been brought back to life, is now a HYBRID! We are all essentially hybrids since we contain the DNA of many different races and lineages. The only difference is we are now increasing our gene pool dramatically, with even more STAR DNA, to help us to become a new Galactic Race of Light!