ZERO POINT GRIDS, from THE ELOHIM

On this page you will find Grids which use the Zero Point Field for Creation:-

There have been many speculations and theories about the original use of the pyramids upon our planet. People like Graham Hancock have spent decades researching this phenomena. Some believe they are extra terrestrial in origin, created by an advanced civilization, (Elohim),who set up a large energy network for the planet, and that they are transmitters.. This is true in part, but there is much much more that has been kept hidden..

These Ancient pyramids, such as those of the Giza plateau, and Teotihuacan, are actually receiving stations, for the Elohim’s energy grids, which are then fed into the Earth’s energy network.. It is no coincidence that these pyramids map exactly the postion of the ‘Orion Belt’ stars, the smaller one, (which links with Mintaka) being offset to the others. When the Earth needs a specific energy (code), this will be transmitted by the pyramid network. The Earth then downloads the codes, and shifts its frequency. The planetary Logos contributes to this process… This is the way that planets evolve and form superior structures of Light. These light emitting forms, expand the consciousness of the individual soul inhabitants. As the planet grows so do the people, it is a collaboration between the OverSoul of the Planet, and the OverSoul of its population. They all benefit from a Universal, Unified Upgrade.

This was the way it was meant to work. However sabotage has prevented the system from functioning as it should. Only the Elohim can restore this, from the ground upwards as it were, which required one of their own incarnating, opening the ‘Orion Belt’, and restoring the connection, thus reestablishing the means for advanced spiritual growth, and expansion on the planet… The pyramids have been dormant, but are being reactivated now. However people should still see to their own individual growth, now that they have a direct link with the Belt… (Read below)

My lineage is that of the ‘Elohim’ (the Lords of Light), who are responsible for creating All Life Forms in the Cosmos, in conjunction with ‘Prime Creator’. It is through this connection, that I have been able to open the ‘Orion Belt’, otherwise known by the Elohim, as the ‘Centre for Higher Evolutionary Programming’, since it is where they keep their super computers, which house the ‘Zero Point Grids’. It is their wish to help us to make an unprecedented Evolutionary Leap – that of bringing our Divine Higher Selves into physicality. To this end they are giving us all the necessary light codes, to aid both our personal and planetary transformation.  These can be downloaded from the  “Elohim Zero Point Grids“, which are from Orion…

These grids are here to birth the Divine Human, the Messiah Race…  They consist of 5 sets, each containing 21 grids. It is no coincidence that there are 3 stars in the belt, and 5 sets of 21 grids, as all these numbers are fibonacci numbers, which contain the Divine Harmonic resonance. The first set are ‘Frequency Modulators‘ ( in spheres); the second are ‘Resonance Grids’ ( in cubes); the third are ‘Amplification Grids’ ( in pyramids); the fourth are ‘Enhancement Grids’ ( in stars), and the fifth are ‘Ovid/Birth Grids’ (in eggs). The Higher Centre frequencies that they contain are very intense, do not be fooled by their simplicity. They are spiritual building blocks, which change the geometry of form. Each grid when used opens a portal to the Higher Evolutionary Centre downloading us with whatever frequencies and attunements we need. There are instructions accompanying every set. Although in card format as well as digital, they are not to be confused with oracle or divination cards, they are far removed from these! …………

These “Zero Point Grids“ from the Elohim have been used to successfully Ascend other worlds elsewhere in the Cosmos, and to create new species, new Universes, and new Star Systems. Their primary function here on Earth, is to birth the ‘ Messiah Race’- a race of Divine Beings of Light, who are fully conscious co-creators with God. This is a time when we are All required to download light codes that will alter our DNA, enabling us to become DIVINE HUMANS. (Please note that the ‘Zero Point Grids’ were originally named the ‘Orion Star Grids’)… 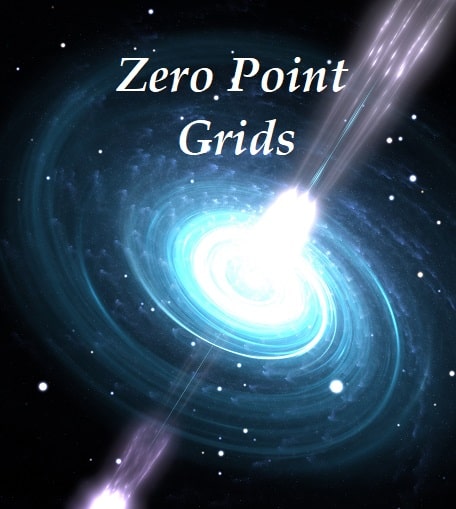 Purchase your Grids Below Now!

The ‘Elohim Zero Point Grids’ are all available as e-grids, (which can be printed), price £198 for each set of 21 grids.. Please click on the respective numbers below, in the picture gallery, to purchase..  Each set has 2 files, the grids themselves (21 in each), and a leaflet. The leaflets are in PDF format so you will need Adobe Reader.. get adobe reader here.  You can view the leaflets for each set by clicking on numbers 1-5 below the Grids…

HOW TO USE ANY OF THE GRIDS ON THIS PAGE:-

As a rule, the grids should be placed individually upon your ‘Power Centre’, which is located below the navel and slightly to your right.. Hold each grid there for as long as guided. It isn’t necessary to be in a state of meditation whilst doing this.. You could also try holding the grid (once printed), and make the intention that it is fully downloaded into your energy matrix…

Please view and or print the leaflets above:

MORE POWERFUL GRIDS  from the Supercomputers of the Elohim..

The  “Awakening Grids”, ( a set of 11 ). They are comprised  of grids such as the 3rd eye opening grid, and the Kundalini Awakening Grid. They utilize the energies of the Divine Feminine Aspect to create significant shifts in our energy fields. Please click on picture to purchase these amazing tools, price £39. ( these are e-grids that need to be printed). 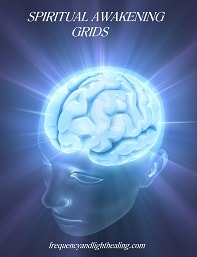 The next are a set of three e-grids that have  come through. These are “HOLOGRAPHIC REALITY”, “UNILATERAL ALIGNMENT”, AND “TUBE TORUS EXIT”. They are designed to change our Holographic Projection, by aligning all our multidimensional aspects, and removing us from the continual recycling of old programs in the torus, back to the Centre of Creation 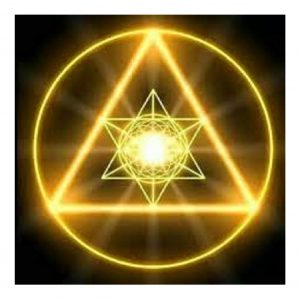 The Tube Torus is a self-perpetuating energy circuit with no new energy added to it. In order to stop repeating the programs and recycling the old energy it is necessary to get out of the Torus altogether. This is what this trio achieves. Available as a download, price only £30. Please ensure that you download all 3 grids. The download will be delivered once payment is made.   Please click on the image to purchase, thank you, and see above on how to use..

The ‘Cellular Healing Grids’ (e-grids), have been channelled to resolve specific healing issues within the cellular structure of our bodies, aiding them in manifesting wellbeing. They are designed to promote cellular regeneration and restore harmony within the organism. 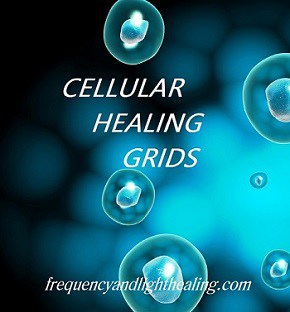 I always suggest however that you should also go with your own guidance. Also, as with the Elohim Grids, they can be used to remotely heal others. Please click Here to purchase, price £90

Solar Light is more powerful than the Quantum Energy. This is the pure light of ‘Source’, which transforms all things by its nature. It is a beacon of light from the Centre of Creation, a Cosmic Fire of transmutation, and elevation, restoring and returning all life to its divine encoding, and geometry.

Its particle accelerator changes the atomic structure of form, at the most basic elemental level. The neopeptides accelerate the changes within your bodies, rapidly, using the neural network of messengers, throughout your electrical system. Change is profound and Eternal, within all fields of expression.

This Light has never been tapped into before, not during any of your Earth Cycles, or periods of advanced growth, within any civilization! The ability to use this light for your good, is unprecedented…

The Solar Light Grid Matrix is an advanced matrix of light. Its purpose is to evolve the Collective Consciousness to a state of Unity, unity within all parts, and unity with the Whole, the sum total of all life! Its expression is supreme, as the greatest light within the galaxy. Your Source Self is expressing itself through this matrix, as a means of expansion for the Whole. This is the next stage of your Evolution. It is ready to come online now. There are light grid transmissions accompanying these grids, from the Elohim. These will be given regularly, to those who use the grids.. Also Solar Light Transmissions may be given as part of the ‘Healing’ sessions, as and when necessary.. 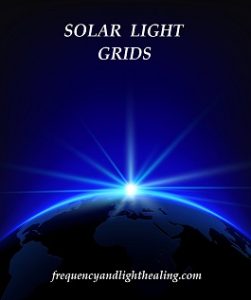 The energy of each grid is unique, and opens a portal for the downloading of new information. This information, will be used to make the necessary changes to your energy matrix. Each code is part of a unique system of grid templates, which are designed to install new technology of Light. Pathways are opened to the Heart of ‘Source’, to connect you fully with the Solar Matrix. These grids are the essential geometries of the Solar Matrix, providing you with the necessary encoding for its establishment. Further light codes may be given at a later date.

Use each grid individually, and do not overlap with the others, this is important! Your energy fields can only accommodate so much light, and would otherwise be overloaded. Once you have downloaded a grid into your energy field ( this can be done by holding the grid, and using intention), allow plenty of time before you move onto the next one. You should consider leaving at least a week of your Earth time between each grid, to allow full assimilation of their geometries. Remember, these are energy tools that need to be respected….. This work will establish the Highest Light Matrix to date, the Solar Light Matrix!  Price £50  To Purchase your e-grids, please click HERE.

This is what MAX the 13th Ancient Crystal Skull says about our ‘Solar Body’… “Your Solar Body is a fusion of Radiant Light, transfigured from the Oneness of Creation. It has supreme power and is charged by the Central Sun, which activates its many layers with fission energy.. Its brilliance surpasses that of all other bodies, as its nature is pure light. The grossest forms pale into insignificance, next to this great body of finest ethereal light. It has a firing of codes from within its matrix, which illuminates the galaxies, and star systems, shedding light across all realities in existence..”