At the weekend I went down to Kent to get some fresh sea air, away from the pollution of city life. Whilst there, I met a lovely couple, a quite spiritual couple, who were clearly heart centred, and loving individuals. As I was chatting with them, the subject of food came up first, since I had been looking for some vegan food, and it transpired that they too were vegans. I wasn’t the least surprised that the following topic of conversation, was spirituality. They informed me that they were following a Bagwan Master, whose teachings sounded familiar with what I know to be true ( truth of course is always relative). So I thought great resonance! That is until I was told that they were taught to repent.. Oh dear, I thought, religious programming rearing its head! 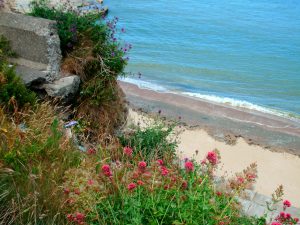 We also discussed ego, and its purported detrimental effects upon our spiritual path. I pointed out that from my perspective, Ego is the point of projection, or reference point, that we all need to have , in order to be able to appear here on Earth. It is the Divine Self projecting aspects of itself, into many diverse forms. However, it is not to be confused with the ‘ego’, or as Wayne Dyer put it, ‘edge God out’, which is merely the Ego as it is presented or reflected in gross, unenlightened density.

It is such a shame that they did not perceive that this Master is clearly operating from ego, otherwise he would be telling them that they are Masters in their own right, not lesser mortals, and sinful individuals. From a higher perspective, there is no sin, just experience, and there is certainly no judgement. Love doesn’t judge or reprimand, it sees all things in a state of evolving, and recognizes only the Divine Self in All.