Your Solar Centres are a unified field of light, hooking you up to your Oversoul. This field contains within it, powerful electrical currents, which create the light energy, that supports the field. It is self-generating, and self-sustaining. These powerful energies are projections of your holographic templates, within the field of life. There are templates for all of your vehicles, each in turn having a different vibrational matrix, existing at different levels of frequency.

The template codes consist of various geometries, which establish the resonance. The light is thus generated by the codes within the field. Harmony is established between all bodies of light, through resonance with these codes. Any disruption to the flow of energy, creates a kind of short circuit in the system, preventing the vital force from regenerating the parts. In totality, wholeness prevails, and the life continues to replenish its forms through the entity of Self.

The physical vehicle however, is challenged by depleting energy reserves, and cannot sustain itself as a consequence of this. Much can be done to alleviate this dilemma. A large current of energy can be inserted at a point in the field, bringing renewed vigour to the system, clearing any resistances or blocks that have built up.. Another remedial action would be to realign the geometry of the cellular structures, with its original template settings, thus regenerating and restoring the body back to basics, to its true originally intended form.. A third and proven method exists, which is the method of recalibration, or reconfiguration. This is where the cells of the body are directly altered numerically, according to different numerical values, which are inherent within each cell.

The number frequency has a power and life of its own, and can change the structure of any form through resonance with it. The power of numbers to influence your 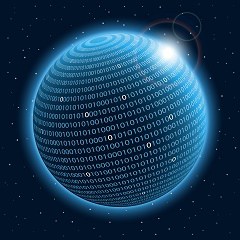 physiology, has been largely overlooked, and only now is being revisited. There is inherent power in all numbers to change the biology of form, to restore and renew in keeping with your divine blueprint body. Recalibration healing is a method known to the ancient alchemists, who observed the Universal numbers throughout life, and their inter-connectedness with the Whole. They observed the recurring sequences of life and their patterns, reflected in Nature and the world around them, in the most simplest of forms, as well as the complex ones. They found that they could tap into the inner wisdom of their bodies, using numbers, making desired changes and improvements to their health. This was easily achieved, once a way was found to assist the body in absorbing them. This is the latest healing system to surface, and will bring radical changes to your biosuits, benefiting you immensely. The radionic system is a similar system, though less advanced technologically speaking, it shares similarities with the Recalibration System.

The three systems mentioned here will benefit you the most currently. They are known as the ‘Gateway Systems’, the ‘Ketheric System’, and the ‘Recalibration System’.. Do not overlook these powerful tools!